A lot of marijuana users rely on a nightly puff or two to drift off into la-la land. Unfortunately, science isn’t quite as convinced about the positive effects of cannabis on our ability to catch some sleep. Research since the 1970s has shown mixed results on weed’s sleep-aiding benefits.

A 2018 randomized, double-blind, placebo-controlled study — the gold standard — found no benefit from CBD on sleep in healthy volunteers. Other studies have also found high rates of insomnia when withdrawing from nightly use.

“We know from studies of recreational users of cannabis that sleep disturbances are common when they are attempting to quit cannabis use,” said sleep psychiatrist and neurologist Dr. Bhanuprakash Kolla, who works in the Center for Sleep Medicine and the Division of Addiction Medicine at the Mayo Clinic in Rochester, Minnesota.

“Up to two-thirds of them report sleep disturbances when they stop cannabis use, and it is a frequent reason for relapse to cannabis use,” Kolla said. “Therefore, cannabis can set up a pattern where it is minimally helpful for sleep in the short term and then disrupt sleep, making it difficult to stop use in the medium to long term.”
>>ALSO READ THIS: Marijuana Has Taken Over Alcohol In Western World!!
Research has also suggested that frequency of use may be a key factor as to why cannabis begins to fail as a sleep aid. For example, a small 2014 survey of marijuana users and non-users found only 10% of occasional users suffered from insomnia, while 39% of daily users said they experienced significant bouts of insomnia.
However, the survey found that when depression and anxiety levels were factored in, the differences disappeared. Does that mean weed is good for sleep if you’re depressed or anxious, but bad for sleep if you’re not? Could the species of cannabis play a role? Is there a difference between extracted compounds and smoking the entire plant?
The short answer is that researchers have a lot more work to do in this area. 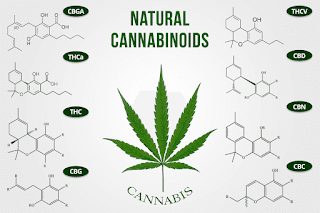 “Most of the research has so far examined synthetically extracted cannabis compounds, mainly THC and CBD,” said Sharon Sznitman, a senior lecturer in the School of Public Health at the University of Haifa in Israel.

“This, however, cannot give us clear indication for how cannabis affects sleep in the daily lives of most cannabis users,” she said, “because most cannabis users use whole-plant based cannabis, which has more than 500 cannabinoids, and these may be interacting and creating different effects on sleep than synthetically extracted cannabinoids.”

To test that concept, Sznitman and her team analyzed the sleep patterns of 128 people aged 50 and older with chronic pain. Sixty-two of the subjects didn’t use weed; the other 66 were marijuana users who used whole-plant based cannabis to ease their pain and help with sleep.

The study, published Monday in the journal BMJ Supportive & Palliative Care, found those who were using cannabis were less likely to report middle-of-the-night awakenings as compared to those who were not. No differences were found between the groups when it came to difficulties initiating sleep and waking too early.

But, the study also found that when people with chronic pain said they used weed frequently they did have more difficulty with falling asleep and more middle-of-the-night awakenings.

“Cannabis may help improve sleep directly, but it may also be that cannabis improves sleep through the effects that cannabis has on pain,” Sznitman said. “It is also possible that people who use cannabis long term and often may develop tolerance to the sleep-inducing effects.”
And that, she added, could make cannabis “non-effective or less effective” for sleep.

“This study is cross-sectional, looking at sleep problems at a given point in time, and therefore we cannot make any inferences about whether the differences are actually due to the effect of cannabis,” said Kolla, who was not involved in the study.

“The results of this study show that even among regular users, the beneficial effects on sleep are minimal at best,” he said.
Morgan Fox, the media relations director for the trade group National Cannabis Industry Association, said the study was limited in scope and impact.
“This is a very small sample size, and comprises a very specific and narrow patient demographic — older patients with insomnia and chronic pain,” she said.

No ringing endorsement of marijuana

Kolla said the study’s results do add to the literature, which is important because of the many people who rely on cannabis for sleep and the growing interest among states who have or are considering legalization of marijuana.
As of October, the National Conference of State Legislatures listed 33 states that have medical marijuana programs, along with the District of Columbia, Guam, Puerto Rico and the US Virgin Islands. In addition, recreational weed is legal in the District of Columbia and 11 states — Alaska, California, Colorado, Illinois, Maine, Massachusetts, Michigan, Nevada, Oregon, Vermont and Washington. More states are considering legalization.

“There are also some states (such as) Minnesota that have added sleep apnea as a qualifying condition for medical cannabis use,” Kolla said.
However, the American Academy of Sleep Medicine has advised against the use of medical cannabis or synthetic marijuana extracts for the treatment of obstructive sleep apnea, a condition that plagues some 30 million Americans.

This is despite the fact that a study found the THC derivative dronabinol to have some benefit in helping sleep apnea.
Kolla said dronabinol might improve sleep apnea to a “minuscule degree” but that it was “clinically meaningless,” adding that until further research occurs he believes people should avoid the use of marijuana for sleep disorders.

Critics such as Kolla point to studies on the downsides of marijuana use, such as an increase of daytime sleepiness in healthy young adults who used THC and CBD and withdrawal symptoms such as moodiness and insomnia. In addition, using weed typically causes an increase in appetite called the “munchies.” That could lead to weight gain, a major risk factor for sleep apnea.

Kolla said marijuana compounds in the United States “are not well regulated,” another reason why he does not recommend “the use of cannabis and cannabis products to treat sleep apnea or sleep disorders at this time.”

“Current literature examining the impact of THC and CBD on sleep shows that there are minimal to no benefits,” he said.

How to boost your sperm count and increase your fertility

How Long Does Sperm Live Outside the Body?