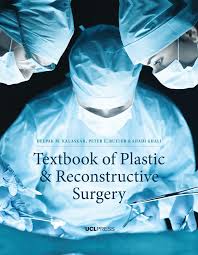 There was gross thickening of the scrotal skin and testis were not palpable. Ultrasonography showed a scrotal wall thickening of 1 cm with collection of hyper echoic fluid around the testes. Doppler showed normal blood supply to both the testes.

Patient shifted to emergency operation theater and whole of the infected scrotal wall debrided exposing the testes. Daily dressing done wit povidone iodine for 9 days after which the testes covered with the healthy granulation tissue.

On the 9th day in the elective surgery, after preparing the wound, excess granulation tissue scraped from the testes. The pedicle fascio cutaneous flaps developed from the femoral triangle on both the side as shown in the figure 3 by sharp dissection by using bipolar cautary.

The drains were removed on the third postoperative day. The flaps were taken up well and the spit thickness skin graft uptake over the residual raw area were good. The patient sent home on tenth day and was under follow up lately until last 1 year without any complications.