Bronchiectasis is defined as localized, irreversible dilatation of part of the bronchial tree. Involved bronchi are dilated, inflamed, and easily collapsible, resulting in airflow obstruction and impaired clearance of secretions.

Bronchiectasis is associated with a wide range of disorders, but it usually results from necrotizing bacterial infections, such as infections caused by the Staphylococcus or Klebsiella species or Bordetella pertussis.

Diagnosis of bronchiectasis is based on a clinical history of daily viscid sputum production and characteristic computed tomography (CT) scan findings.

Chest radiography is usually the first imaging examination, but the findings are often nonspecific and the images may appear normal. High-resolution computed tomography (HRCT) scanning has become the imaging modality of choice for demonstrating or ruling out bronchiectasis and its extent. HRCT scanning also helps clinicians to evaluate the status of the surrounding lung tissue and exclude other lesions such as neoplasms.

This is a Transverse high-resolution CT scans obtained in a 40-year-old man with bronchiectasis. (a) Scan shows small-airway disease denoted by centrilobular and tree-in-bud (black arrows) opacities and bronchiolectasis in the left upper lobe.

The extent of bronchiectasis was evaluated as grade 3 in the right lower lobe and grade 2 in the left lower lobe. (c) Scan shows mosaic attenuation in both upper lobes. (d) Expiratory scan shows air trapping. The hypoattenuating areas (∗) were confirmed to be caused by air trapping in d. 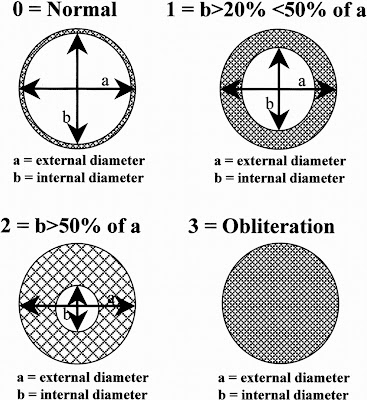 Problems Only intelligent and Smart People Have

Intelligent and smart people get distracted so easily, why?