The standard anatomical position is agreed upon by the international medical community. In this position, a person is standing upright with the lower limbs together or slightly apart, feet flat on the floor and facing forward, upper limbs at the sides with the palms facing forward and thumbs pointing away from the body, and head and eyes directed straight ahead.
In addition, Anatomically, the arms are usually placed slightly apart from the body so that the hands do not touch the sides. The positions of the limbs, particularly the arms, have important implications for directional terms in those appendages.
The basis for the standard anatomical position in humans comes from the supine position used for examining human cadavers during autopsies. Dissection of cadavers was one of the primary ways humans learned about anatomy throughout history, which has tremendously influenced the ways by which anatomical knowledge has developed into the scientific field of today. 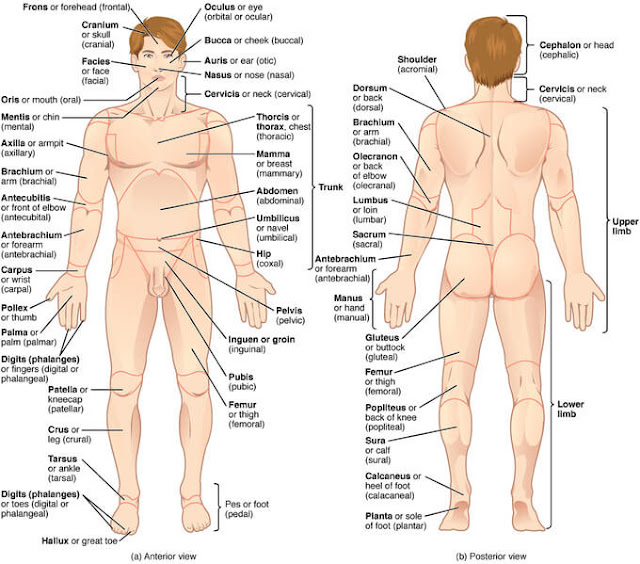 In Human Anatomy, the standard anatomical position of the skull is called the Frankfurt plane. In this position, the orbitales (eye sockets), lower margins of the orbits, and the poria (ear canal upper margins) all lie in the same horizontal plane. This orientation represents the position of the skull if the subject were standing upright and looking straight ahead.

Directional terms provide precise descriptions of a structure’s location. They allow a description of anatomical position by comparing location relative to other structures or within the rest of the body. Standard anatomical terms for direction include:
A convention whereby the body is erect, with the head, eyes, and toes directed forward and the upper limbs by the side and held so that the palms of the hands face forward “unlike the figure at left ” . It is often necessary, however, to describe the position of the viscera also in the recumbent posture, because this is a posture in which patients are frequently examined clinically.

is an imaginary vertical plane of section that passes longitudinally through the body and divides it into right and left halves. The median plane intersects the surface of the front and back of the body at what is called the anterior and posterior median lines. It is a common error, however, to refer to the” midline” when the median plane is meant.

It refers to a plane at a right angle to both the median and coronal planes: it separates the body into superior and inferior parts. This is often termed an axial plane, particularly in radiology.

It is sometimes added to a positional term to indicate the idea of motion. Thus, cephalad means proceeding toward the head. Such terms are useful occasionally in describing growth processes, but their application is best limited.
Advertisement