Over all, you would still get some calcium by eating almonds, but at a lot higher calorie cost than from other foods, like milk.

The amount of calcium in a cup of whole almonds, 378 milligrams, is slightly more than in a cup of milk, about 300 milligrams, but you would be consuming about eight times as many calories.

Mushrooms are gaining new respect from nutritionists and medical doctors, as scientists discover that mushrooms may play a role in fighting any number of ailments from high blood pressure to infections and even cancer.

After more than 15 years of research, American scientists finally have access to a mushroom compound called AHCC (which stands for Active Hexose Correlated Compound), which was once available only in Japan and has been used extensively by Japanese hospitals and medical clinics since its development in the mid-1980s as a safe, natural way to help support the immune system.


AHCC is obtained from a hybridization of several species of medicinal mushrooms (including Shiitake), all organically cultivated in Japan. 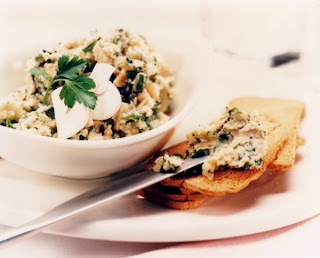 After extensive clinical research and significant evidence supporting its effectiveness, AHCC is gaining mainstream acceptance in the United States.

“The studies have been quite amazing,” says Fred Pescatore, M.D., M.P.H., who has recommended AHCC adjunct therapy for many of his patients. “It has been shown to work well in patients with cancer, hepatitis, immunocompromised patients and liver disease.

The immune system in our body works in part by detecting and eliminating foreign cells. For people with healthy immune systems, viruses, bacteria, and abnormal cells are routinely found and destroyed before any damage is done, often before the person ever feels sick.


AHCC has been shown in clinical studies to safely and naturally support a healthy immune response by activating and increasing the number of certain types of immune cells and triggering related immune reactions in the body.

The excitement among scientists is growing as research progresses. U.S. clinical trials are underway at the More-house School of Medicine and Yale University. These studies follow a number of previous studies conducted by prestigious Japanese universities.

After one such study, a human clinical study of liver cancer patients conducted at the Kansai Medical University in Osaka, Japan and published in the July 2002 Journal of Hepatology, researchers remarked that “AHCC intake resulted in improved liver function, the prevention of recurrence of hepatocellular carcinoma (HCC), and the prolonged survival of postoperative HCC patients without any adverse effect.”

How to boost your sperm count and increase your fertility

How Long Does Sperm Live Outside the Body?